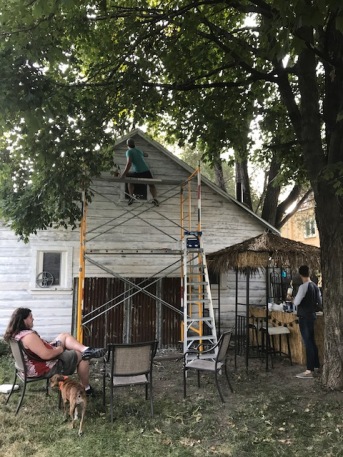 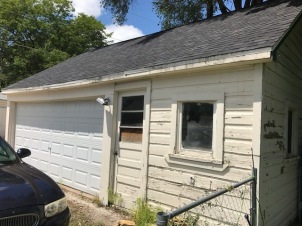 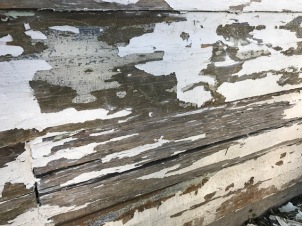 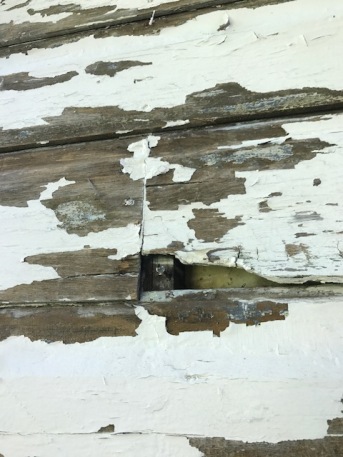 This garage had been looming in the back of my mind since I had purchased the house. Every time I looked out the window at this eye sore I felt a twinge in the back of my throat. I knew what it was going to take to refinish it. I probably should have replaced it, but the Joanna Gains in me was whispering “original ship-lap” every time I had the thought. Also, repairing it would have costs hundreds of dollars and replacing it would have cost thousands upon thousands. It was going to take an entire summer and a village, if I was lucky enough to be able to convince a village to help. I started out like any millennial would. I got online and looked up how to refinish semi rotted sun bleached wood. Long story short, you can’t. But if you can scrape, sand, and hope your way down to decent wood, it is ok to prime and paint from there. Here are the steps I followed. I’ve been watching This Old House since I can remember and I would trust Bob Vila with my life.

The tough thing was is that the wood under the paint was so soft and warn that scraping and sanding had to be by hand. The paint that was on was tougher than the wood and it was clear the last time it had been painted there was very little prep before the paint went on. Like all good painting projects prep turned out to be 95% of the whole project. The final paint coat went so quickly and easily after spending the entire grueling summer scraping and sanding, I did it with a normal paint brush.

Here were the steps I chose to take: 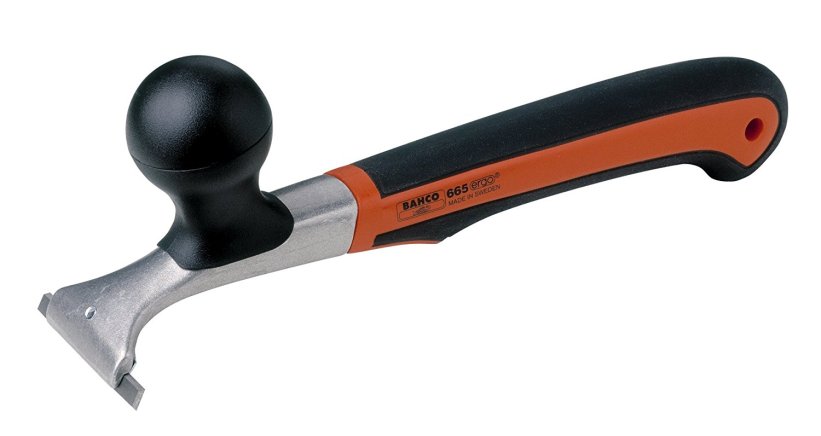 2. Sand! See advice from step one. 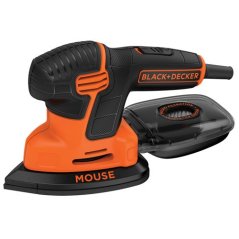 3. Wash it all off! It seems as though these days everyone loves to power wash! I went into Menards to get some stain for my deck and I ran into my favorite paint guy. There are only two people I trust at Menards for advice with my most important projects. We will call this guy, Bob Vila Jr. He told me that power washing was the worst thing you could do for wood. He said all it does is jam the dirt down deeper into the wood. Eventually it will work its way back up and cause your paint to peel much faster than it normally would. Therefore I bought deck brightener. Originally this seemed like an add-on item that Menards employees were supposed to sell to get off the shelves. But Bob Vila Jr. told me to put my expensive power washer back and grab a bottle of this and a scrub brush. So I did. I brushed it on, scrubbed it in, and hosed it down with regular hose pressure. Then I sat back for two days and let it dry. The hardest part was over. (However, I did these steps in four different sections so I wouldn’t have to move the scaffolding. So I guess technically the hard part for one of the sections was over).

4. Caulk and fill in holes! Luckily my project also required the replacement of many boards. Do that now or before you start scraping or sanding. DO NOT be a dummy like the people who refinished this garage before me and caulk underneath boards! All that will do is trap in moisture and boards need to breathe! Caulk in holes or splits in wood only. Remember that the expansion and contraction of the wood with temperature change will eventually push the caulk out. So you may have to deal with that in a few years.

5. Prime! The first type of primer was specifically so primer would bond to old wood. It was a cover prime and it came in a spray paint can. It absorbed into the wood like a sponge and left a nice hard shell on the outside. This primer was also oil based. 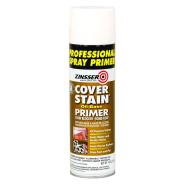 6. Prime again! I painted this on after my first bonding primer. 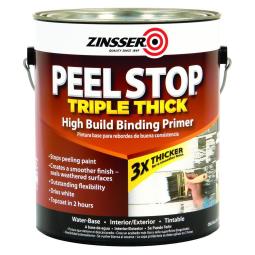 7. Paint! It’s time! It’s finally frigging time! You did it! The easy part has arrived and you deserve every second of it. Grab some wine, get on Pinterest, look up cute color combinations, and plant box ideas. No matter what you choose this part of the project is going to take you 5% of the time and will add to 95% of the curb appeal and compliments. Have fun! 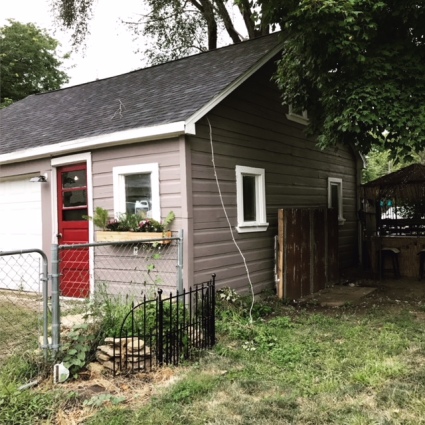 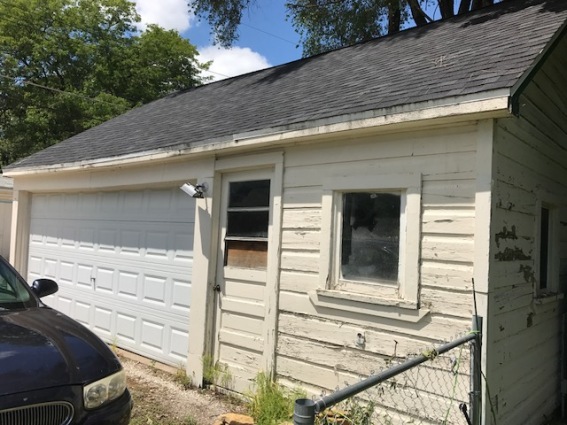